The Only Way to Grow In Business, Finances and In Life is To Continuously Re-Invent Yourself

Steve Martel is a business magnate & consultant, real estate mogul, philanthropist, author, educator, public figure, and happily married father of 4 little munchkins. His teachings and concepts have transformed the lives of over 100,000 entrepreneurs around the world, including 428 clients who have collectively generated over $1.1 Billion in the last 5 years alone.

Steve strongly believes that placing one’s life savings into a bank account to collect tiny amounts of interest, or letting others manage their money, is for those who have settled for a mediocre life. Put that money to work! Learn why real estate is not only the world’s hottest commodity, but the ultimate vehicle for generating wealth and financial independence. 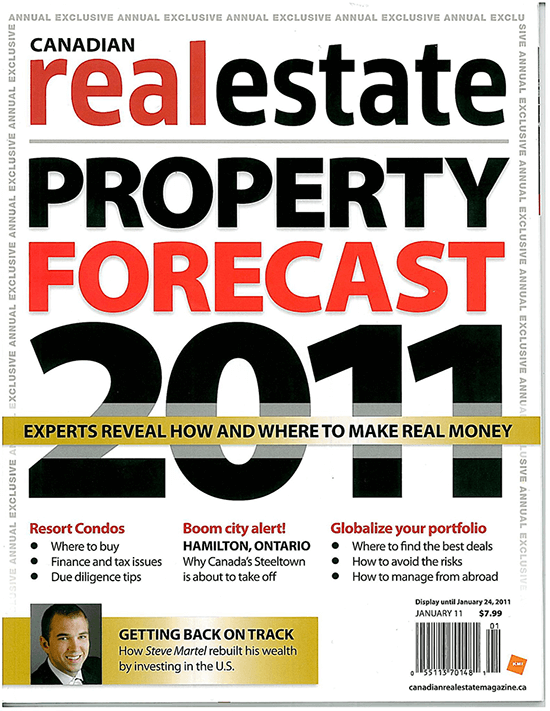 Having invested all across North America over the past decade, Steve controlled more than $1 billion worth of real estate at his portfolio’s peak. From Quebec to British Columbia, and all over the US (North Carolina, Florida, Georgia, Indiana, Illinois, North Dakota, Nevada, and Arizona) he followed a system that he personally developed to creatively acquire cash flowing real estate, regardless if the unit in question was a small condo or a large apartment complex.

Over the past decade, Steve has created 6 companies that have all hit $1,000,000 in revenue their first year – 2 of those companies even transitioned from $0 to more than $10,000,000! Steve is fond of saying that he has no competition, for he understands that he himself is the only person that can prevent him from achieving greatness.

Steve attributes his success to his core business principles, which are:

Steve only creates and/or operates businesses that truly solve consumer headaches, and legitimately help people. After his family and his philanthropy, Steve’s main focus is Martel Insights, which has the sole purpose of helping people believe in themselves.

Martel Insights accomplishes this by first removing any and all limiting beliefs stuck in our minds in order to view the world through the eyes of the ultra-successful.

After mastering the 7-Core Traits of the Ultra-Successful, Steve’s knowledge will help people double, triple, or even quadruple their business or real estate investment portfolio by continuing to strengthen the entrepreneurial mindset, and teaching proven, new techniques that can scale anyone’s business to the next level.

As a life-coach, real estate-coach, and business-coach (advisor, consultant, mentor, strategist, guru… whatever you want to call it!) Steve directly influences more than 100,000 entrepreneurs per year through his down-to-earth, straight to action-plan teachings.

“My vision is to help 100 million people break barriers of ‘conventional wisdom.’ So I must go out there, test the unknown, fall and get back up, so that I can discover what works. From there I adapt my approach in order to achieve tremendous success. I do all of this so that I can be in a position to teach you how to duplicate my success. This is how I intend to accomplish my vision.”

Simply put, Steve provides comprehensive education and training programs on wealth creation through social entrepreneurism and passive asset investments, like real estate holdings. With his down-to-earth teaching style and no-holds-barred disclosure of every secret and method in his practice, Steve is an international icon in sales, marketing, business growth, and real estate investing. People across the world seek out Steve’s legendary wealth training systems because of his no-BS, straight-to-the-point, step-by-step systems that are ushering in a new era of actionable, results-based education.

In the last 7 years, Steve has generated over $47.5 million in sales alone, despite being semi-retired for 2 of those years! He has raised over $27 million in private equity in one of the toughest economic climates in the last century for his private portfolio. 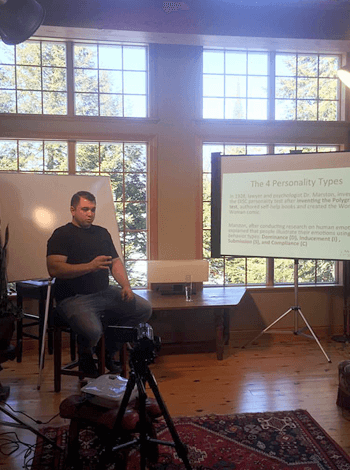 Steve has literally reinvented sales. Gone are the days of Al Kriesel (the cheesy used-car salesman played by Steve Martin) and Irwin Mainway (owner of Mainway Toys played by Dan Akroyd on SNL) – the ‘80s was a very different time, after all, where salespeople condemned trust and authority.

Things work a little bit differently in the 21st century…

“Our World Has Changed. People Are Connected, More Educated, and Ultimately Better Consumers – Which Means that Sales Needs to Change as a Profession.”

Today, selling is about providing extreme value before a wallet is even opened. It’s about studying your customer’s dynamic behaviour profile and customizing a rock-solid logical reason for them to buy by demonstrating the potential results in advance and painting a clear picture that can be visualized and felt by your customer. This is called PROsuasion™: the profession of persuading and influencing people towards a mutually desired and beneficial action. 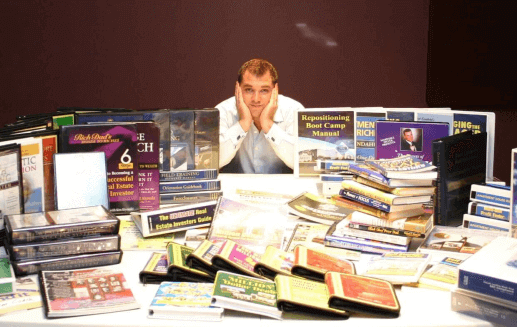 Steve devotes most of his “working” time to philanthropy projects. Having strongly supported his friend Sir Richard Branson’s philosophy of creating businesses as a force for good, Steve is actively involved in continued development, support, and assistance for those in need.

Steve has a two-pronged approach to his philanthropic movements. One is to provide empowering knowledge on the capability of one’s mind in resource-rich countries such as those in North America, and second is to provide psychological goods (such as housing) to individuals living in developing countries.

Steve was first introduced to building homes in Haiti by his good friend and 5-time bestselling author Frank McKinney in 2011. This inspired Steve to create his own initiative called “A House for a Home Project” – every time a new student of his bought their first investment property, Steve would build a home in Haiti. 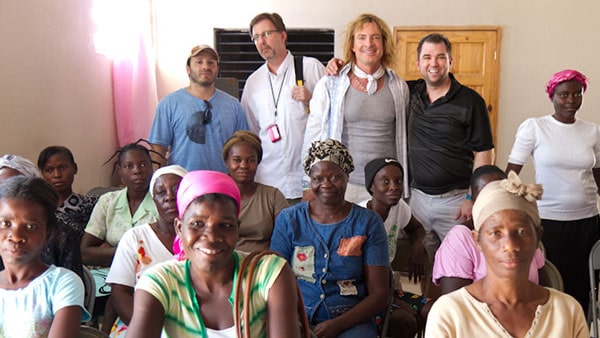 Since then, Steve has provided housing for over 1,000 Haitians through his Martel Alliance with the help of strategic partners on the ground in Haiti. He has also helped build and sustain a number of orphanages.

Steve is very passionate about empowering others to work on their self-discovery and growth, and encourages them to “Stop & Think” in order to live the life they are destined to live! He believes that learning how to control one’s mind is the single most important skill one can ever refine. Unfortunately, not everyone is consciously aware of the power of their thoughts and their minds, as they are coming from impoverished upbringings, sheltered from the world of self-improvement and success. 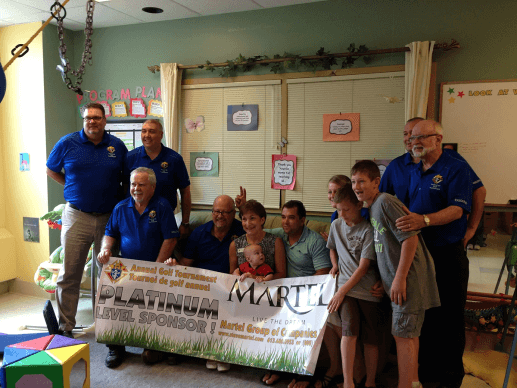 Inspired by the “One for One” model first initiated by Blake Mycoskie of TOM Shoes, for every Mind Expansion product that Steve sells, he donates to a person in need in North America. His strongest demonstration of this is in his hometown of Ottawa, Canada, where he has worked alongside the Youville Center in their efforts to support adolescent mothers that come from low economic backgrounds to overcome their challenges and circumstances. Steve Martel is committed to helping others prosper through difficult times and achieve their goals.

What sets Steve apart is his willingness to go where most fear to go, to leave a path behind for others to follow. He considers that willingness to be at the root of all his successes. Part of being a trailblazer is experiencing constant failure until you discover the way to overcome it, and along Steve’s own path to success, there were countless obstacles, negative thoughts and emotions to discourage him – but he ignored them all. 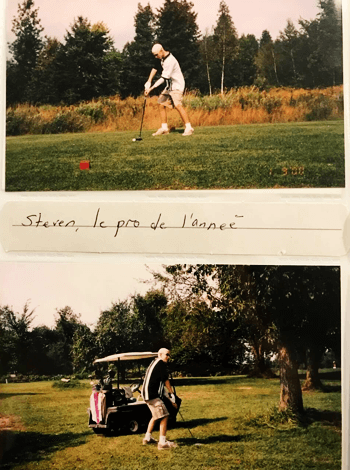 Steve’s journey hasn’t been an easy one. Diagnosed with Hodgkin Lymphoma 3B cancer as a child and informed on many occasions that he had mere days left to live, he continuously beat those odds until he was finally cancer-free at age 15. It didn’t end there, though: at 23, Steve suffered a heart attack from overwork while building his first business, that contributed to financial and emotional challenges. Fear of having a second heart attack resulted in severe anxiety for many years, and later in life when being investigated by the Federal Government, Steve became afflicted by depression and alcoholism; the agency dropped all of its accusations, exonerating Steve from all charges. Steve has long-since recovered from the stressful ordeal, but all of these difficult chapters shaped him into who he is today. 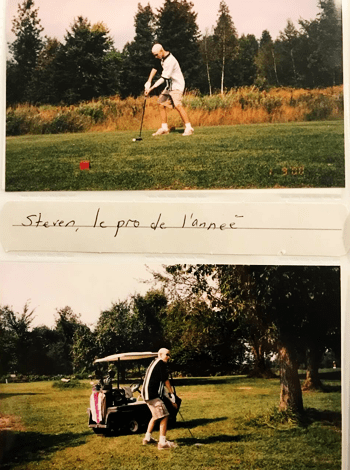 After the heart attack, Steve took time away from his real estate career to spend time with his family, and find a smarter path to success. After some soul-searching and hard lessons, he went on to build his real estate portfolio, then create his wildly successful consulting company aimed at teaching Canadians how to invest in American real estate markets.

Ignoring their warnings and continuing to help Canadians move their wealth to a foreign market, Steve went head-to-head with the Canadian government. His toughest battle was against the Ontario Securities Commission’s false (and public) accusations, which hurt his reputation and quietly alienated all his students behind closed doors. Stubbornly refusing to accept any plea bargain, Steve finally won his case after a four-year battle, but it had cost him: the closure of his businesses, the loss of friendships and clients, and a long and painful divorce. 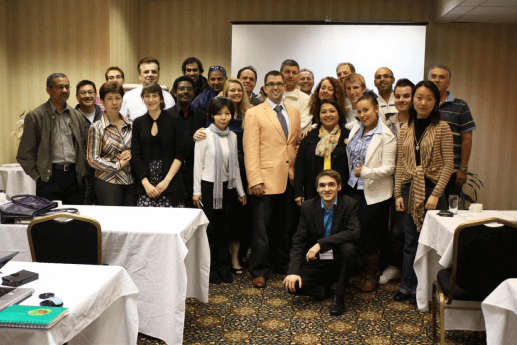 “They May Have Won a Few Battles, but I Won the War. What Would My Children Have Thought if I had Succumbed to Their Intimidation, and Written a Check to Make it Go Away?”

“I Actually Have to Thank Them. It Gave Me 2 Years to Study ‘Why People Keep Failing’ which Inspired Me to Write ‘Stop & Think’ by Witnessing Everyone Around Me Pick the Losing Team.”

Having undergone years of chemotherapy and radiation treatment as a child, doctors told Steve that he would be unable to father any children. In his early 20s, repeated fertility tests confirmed that assessment. Proving science wrong for the second time in his life, though, Steve went on to become a father of four miracle children, each of whom are his joy. 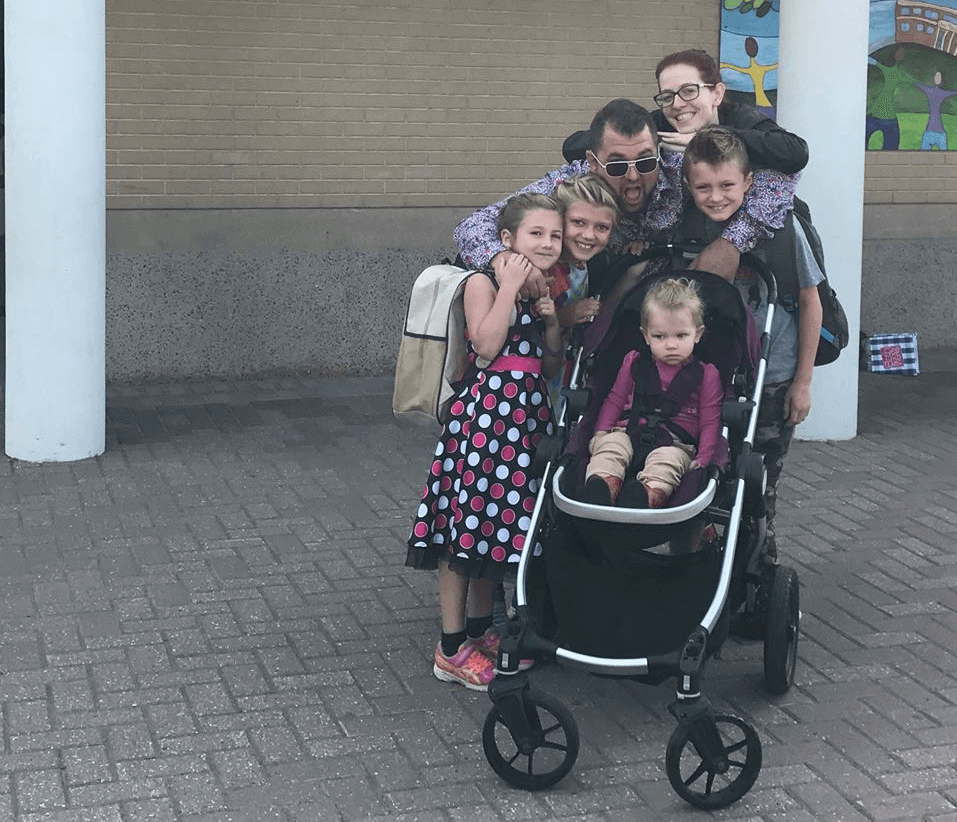 As Steve has discovered, life’s growing pains (creating and juggling multiple successful businesses, fighting to keep them alive during a government investigation, being a parent, etc) can take a toll on the relationships in one’s life. Steeped in depression while fighting his legal battles, Steve went through a divorce where he faced losing custody of his children unless he complied to all demands; it was one battle he didn’t want to fight.

Steve has since refocused on what is important in life: playing a positive and instrumental role in his children’s lives, and setting them up for success. He is grateful for the ‘awakening’ he’s received, and having turned his new leaf, Steve wants nothing more than to be there for his family.

All this is to say, Steven J. Martel has experienced failure! But he turned that failure into a force of good, relying on his ability to control negative emotions (fear and anxiety) and negative thoughts (worry and doubt), and replace them with positive emotions and positive thoughts. This is what Steve calls his “recipe for success,” and this is what his legacy will be. Steve is committed to teaching his students his workings with the “inside out” approach so that they can build towards their own idea of what success looks like.