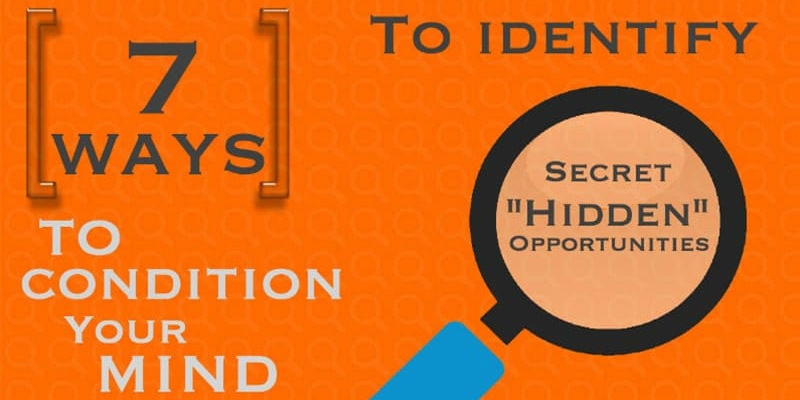 “Are You Ready to Get Unstuck & Achieve Permanent Results? I’ll show you exactly how to do it in, ‘The Ultimate-Money Magnet Blueprint’. Click here to download.“

Have you ever wondered how a South African boy who moved to Canada back in 1990 was able to start his first company, with a loan of $28,000 from his father, and three years later, sell it for $22 million?

Within that same year, he created yet another company using $10 million of his own funds, and then three years later sold it for $165 million, at 31 years old to eBay.

Following this, he decided to teach himself rocket science and create his own space rocket program, with $100 million and a goal of creating cheaper rocket ships, when there were no buyers for this kind of product yet. At the same time, he took another $50 million and started creating electric powered cars, even though dozens of companies had tried and failed many times before.

Faced with failure after failure, Elon Musk put all of his own money into his projects. He neared bankruptcy, had no security fund, risked it all, and today is now worth over $20.1 Billion. He is also currently one of the world’s biggest names when it comes to saving our planet.

Did he know something we didn’t about rocket ships or electric powered cars? Or did he possess a secret skill in his mind that propelled him towards success? Or…

Is Elon Musk’s Level of Self-Awareness Higher Than The Average?

What about Richard Branson? A good friend of mine who, back in the 70s, loved to gossip and smoke pot, so he started (see his business ventures here) his own magazine that later transformed into a record store, which then grew into a brand that owns over 400 companies (and counting). He now has a net worth of over $6 billion.

Did he have specific knowledge that the average person doesn’t? An inside scoop?

Is Richard Branson’s Self-Awareness Heightened Because He’s A “Sir”?

Or what about somebody who created something beautiful and amazing, and was then fired from his own company? He turned around and created 2 new companies, only for his original company, Apple, to come begging for him to return, and turn it into one of the world’s wealthiest companies.

Did Steve Jobs know a secret we don’t?

Was Steve Jobs Self-Awareness Responsible For Apple Having More Cash Then The United States?

On the other hand, you have people that are given millions upon millions of dollars and lose it all within five years.

70% of lottery winners go broke and one-third file for bankruptcy within five years of winning the jackpot. Let that sink in for a moment. Five years, bankrupt. Would it be because they have little to no self-awareness?

The same goes for professional sports players. 70% of NFL players go broke and file for bankruptcy within two years of retirement. 60% of NBA players go broke within five years, 70% of major league baseball players and it gets worse for soccer players, boxers and MMA fighters. These are REAL statistics.

So why is it that people like Elon Musk, Richard Branson, Steve Jobs, and tens of thousands of millionaires and billionaires seem to have the Midas touch? Everything they touch turns into gold, while others are handed huge amounts of money out of luck or talent and lose it all.

Today, I want to focus on Core Trait #2 of the Ultra-Successful:

The Ultra-Successful perceive life completely differently, their level of self-awareness is extremely high.

Most people – 97% of the population to be exact, conform, settle and drift through life attempting to live a ‘normal’ life in order to ‘fit’ in.

They never have control and live disempowered lives acting as victims to every circumstance that arise.

The Ultra-Successful on the other end – the 3% who control the world and every circumstance that it brings – are proactive and continuously see secrets, hidden opportunities that are all around them based on the lens they perceive the world through and their level of self-awareness.

They are able to identify and create opportunities that most people are blind to because of this ability to see the world and every experience differently from the normal ‘conformer’.

In order to be able to identify the secret “hidden arrows”, just like the one hidden in the FedEx Logo, you need to have a heightened sense of self-awareness.

Opportunities are abundant all around us. Sometimes they are right under our noses. Yet, we simply cannot see them because we are not open to new possibilities.

My wife, Crystal, shared with me a fable that inspired me which I want to share with you (with slight modifications to prove my point).

There once was a woman named Margaret who was passionately searching for the meaning of life… She asked God to appear to her and to show her the way out of her current life circumstances.

On her journey seeking God, she found a secret scroll that said God always appears on the summer solstice on the highest mountain of the Holy Land.

So of course, Margaret started climbing the mountain. She finally got to the top, knelt down, closed her eyes and prayed and prayed for God to appear in front of her so that he could answer her questions.

During her prayer, a crippled old woman, approaching with a cane, tapped Margaret on her shoulder asking if she needed any help. Margaret took a quick glimpse and asked the lady to leave, as she was on an important mission to discover the meaning of life and did not want to be disturbed.

God walked away from her, cane in hand, never to appear in front of Margaret ever again.

As much as Margaret desperately desired to meet God and believed unequivocally that it would happen, her perceptions, interpretation, and her level of self-awareness blinded her from the truth.

God had appeared right in front of her just like she asked, but she couldn’t see it with her eyes because she was expecting something different and was not open to new ideas.

Your level of self-awareness is what dictates how you perceive and interpret life every single day. It will dictate how you live every experience or event that happens at every second of your life.

The poor live in fight-or-flight mode, complaining about everything that happens to them. They are reactive to any and all circumstances that happen in their lives, claiming ‘that’s just life’.

The Ultra-Successful stop and think of what the ‘regular people’ complain about, and create solutions to both solve a problem for the ‘complainers’ and profit.

Let’s say at home you show great pride in ownership with your manicured green lawn, yet your next door neighbor hasn’t cut his grass all summer, and he now has 3 foot high weeds growing everywhere.

You see, there are many different ways of interpreting every single circumstance you go through in life.

We all live the same experiences, yet interpret and choose to respond in different ways based on our level of self-awareness.

Now, let’s take a look at the 7 levels of self-awareness together,

As seen above, you’ll find the Roadmap to Self-Awareness Mastery (Advance teachings you can find here)

Let’s now dive into the theory of Self-awareness.

The 7 levels of self-awareness can be broken down into 3 different tiers of success:

It’s very important for you to make the realization that your income, the quality of your relationships, your happiness and freedom is directly related to your level of self-awareness.

The more self-aware you are, the more opportunities you will see.

Now let’s break down the first tier of self-awareness…

Are You Losing the Battle of Obscurity? (Part 4)